One of the Biggest Mistakes Speakers Are Making Right Now!

Why in the world would you want to be the next anybody!?!

Be the first, and only, YOU!

Create your own uniqueness, your own style, your own methods, your own following. I’m not saying that you shouldn’t observe famous speakers.

I believe you can always learn a few things from observing anyone. However, trying to model your career after a “very famous” speaker is a mistake and one of the biggest mistakes most speakers make.

They caught a big break somewhere along the line that either…had a movie made about their life…created a best-selling book series…won a Gold medal in the Olympics…played in the Super Bowl…the list goes on and on.

I’m not saying that one (or more) of those things couldn’t happen for you. And if any did happen, I’d be very happy for you and the first one to congratulate you. However, the chance of one of those things happening is not likely.

Plus, one of those things rarely happens overnight and without months, even years, of hard work.

Even if you were fortunate enough to write, promote and sell a best-selling book (which seems about the quickest of those listed above), it still would require an enormous amount of time, energy, effort and hard work.

I see so many talented speakers “spinning their wheels” by spending so much time on trying to create the “big break,” they lose out on income. It’s not really their fault because that’s what so many people in the speaking industry program them to believe they need to do in order to succeed as a speaker.

What I prefer to do is model my career after non-famous speakers who are making big money because they are obviously doing something right.

My personal focus is ONE thing: “Get Bookings!”

In my opinion, the most important thing you can do is focus on getting to event coordinators because they have the money to book you to speak for events. And, that’s all that really matters in this speaking game!

You probably know that one of the markets I targeted when I was starting was the college market. And, you know that because of all the requests I was getting from speakers, I started teaching my College Speaking Success Boot Camp.

One speaker called and wanted to talk with me so he could basically question me to see if I really knew what I was talking about. Usually, I never get on the phone with anybody who isn’t one of my Coaching Members due to my crazy and hectic schedule. However, this particular day I was in the office with a few free minutes before my next Coaching call so I got on the phone with this guy.

He said he’d been speaking on the college circuit for years and had only heard of me a little. He began by asking that if I knew so much about the college speaking market, then why hasn’t he seen me standing at a conference exhibit booth that    a major student activities association puts on every year?

I wasn’t implying that being a member of that particular association was a bad move, just not the smartest. I then told him that I, too, was a member of the association (primarily to get the mailing list of the coordinators).

However, when it comes to getting booked, I find all the organizations who could book me to speak at colleges and student conferences that other speakers don’t know about. Then I began naming 2 or 3 while also sharing a few strategies I used to get booked over other speakers he HAD heard of on the college circuit.

To make a long story short, after about 20-minutes on the phone with this guy,    his head spinning with so many new ideas for how he could instantly get bookings.

After speaking with him for this 20-minute period and sharing these ideas, he apologized numerous times for assuming that I didn’t know what I was talking about simply because HE hadn’t really heard of me even though he had been in that market for years.

(By the way, he immediately signed up for the Boot Camp because he quickly realized that if he wanted to succeed, then he needed to “invest in himself!”)

So Here Is The BIG Marketing Lesson:

“Just because you haven’t heard of a particular speaker in a market, don’t assume he or she isn’t successful and making a ton of money!”

So, back to the Big Mistake – Focusing primarily on Becoming a Famous Speaker!

Don’t fall into the trap that I see so many talented speakers fall into by trying to model a speaking career after a famous speaker.

If you are currently in that trap right now, STOP! You are wasting so much valuable time, energy, effort and money trying to become famous that YOU are losing out on speaking engagements to speakers who don’t focus on the “famous thing.”

Here’s one of my personal philosophies that I follow for my own speaking business and I encourage you to follow it, as well:

budgets and get them to book YOU… period!”

You should adopt it, follow it and keep reminding yourself of this daily.

“I need to get on the major television show”

…or…”I need to get in the USA Today newspaper”

Stop wasting your money and time on trying to become a famous speaker. If it happens for you as you’re making big money, then great. If not, so what!  At least you still have a successful speaking business!

Give me the choice between “being famous” or “making big money, each and every year” — I’ll take the money EVERY time!

Because when you walk into your bank to deposit a check from a speaking engagement, the teller will never say to you, “I’m sorry. We can’t deposit your check for you because you’re not a famous speaker.”

The bank will always accept your check, so why would you care if you’re famous or not!?!

From this day forward, only focus on the following:

“The KEY and the ONLY thing you should be focusing your time, energy, effort and money on is getting known by the people in the niche market you want to speak in who have the money to book YOU to speak!”

And if you do, you can succeed more as a speaker than you ever imagined!

“Making excuses is the one sure-way to failure!

In every situation, you can only have two things: excuses or solutions. If you always focus on the excuse why you can’t become wealthy, then you’ll never find the solution for how YOU CAN become wealthy!” 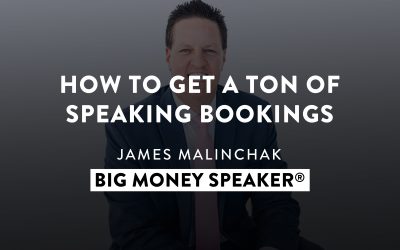 How to Get a TON of Bookings From Your Speaking Contract

How to Get a TON of Bookings From Your Speaking Contract! When I’m teaching speakers in my live Big Money Speaker® events, online trainings and home study courses, I often spend a considerable amount of time teaching unique ways they never thought of for attracting...

Why the Same Kryptonite That Weakened Superman is Weakening Your Ability to Become A Big Money Speaker®!

Why the Same Kryptonite That Weakened Superman is Weakening Your Ability to Become A Big Money Speaker®! When I was a kid, I loved the Superman movies (wasn’t too thrilled with the remake version)! Clark Kent was da’ man – the way he could jump into a phone booth... 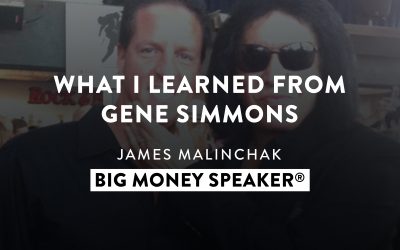 What Gene Simmons, Leader of the Legendary Rock-n-Roll Band KISS, Can Teach You About Becoming a Big Money Speaker®!

What Gene Simmons, Leader of the Legendary Rock-n-Roll Band KISS, Can Teach You About Becoming a Big Money Speaker®! I believe most of the BEST speaker-marketing ideas come from outside of the speaking industry. This is a lesson many speakers miss. I have never...

HOW TO GET HIGHLY PAID

WithOUT Credentials, Experience, Connections,
Or…Even Being A Good Speaker!